In a sea can outside Gjoa Haven, Nunavut, there are rows of ripening cherry tomatoes working to grow from green to red.

Betty Kogvik and Susie Kununak are making sure those little fruits — which will mark the second harvest from the community's new agricultural research station — have all the warmth and light they need, despite the dark winter outside.

The two women are technicians, or guardians, for a new wind and solar powered greenhouse that the Kitikmeot community named "Naurvik." That means "the growing place" in Inuinnaqtun.

The first harvest, of lettuce, grew in around four weeks. It was given to Gjoa Haven elders who have played a large role as advisors for the Naurvik project, which is led by the not-for-profit group, the Arctic Research Foundation.

The research station is built of two sea cans (shipping containers brought up on the summer sealift), two windmills and a row of solar panels. It has a generator for backup when the wind and sun both fall short.

It's on a hill, near a bay, in a place that elders said gets a lot of wind, and is only a few minutes ride by snowmobile from town.

While gardening isn't an Inuit tradition, using the land to care for and store food is. Elders who are working with Naurvik said using the green energy to run the research station made them think of a community freezer, the kind built into the ground. Those elders said the hill near the station could be used to build a traditional freezer.

This was a unique project where we were able to implement our unique off grid wind turbine in a very harsh environment. 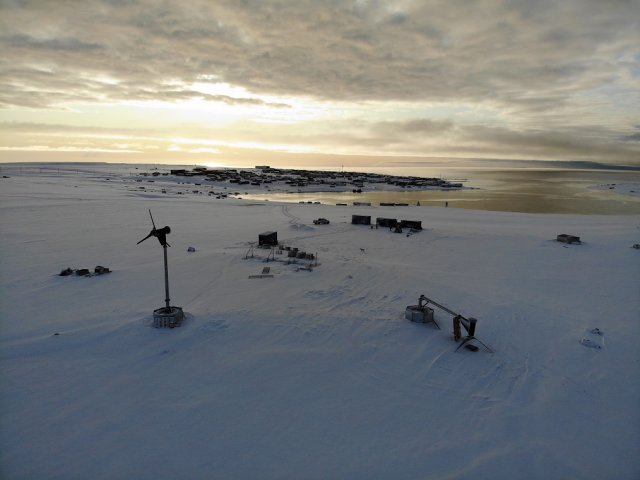 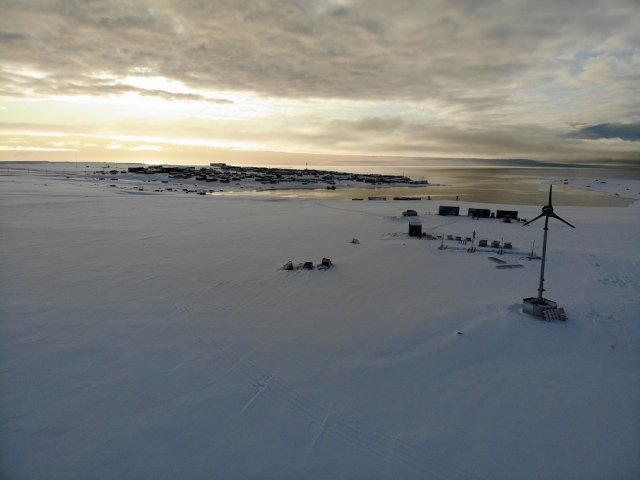 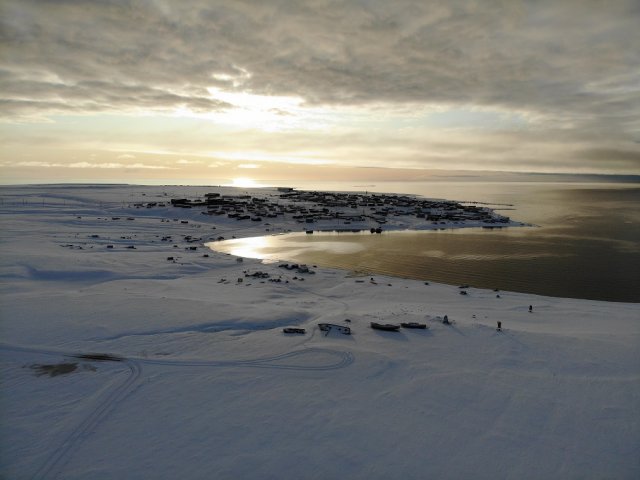